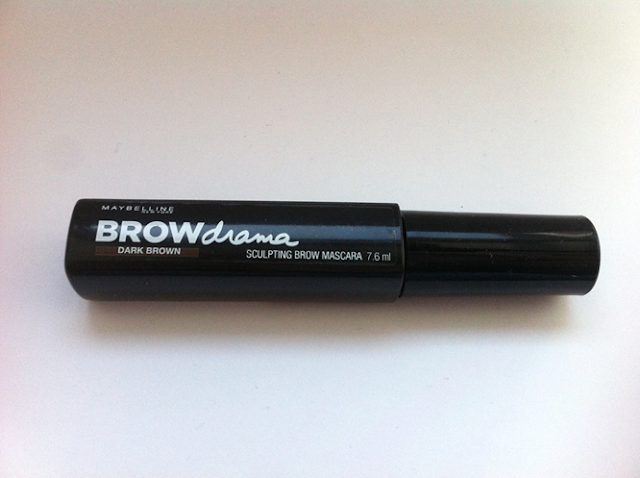 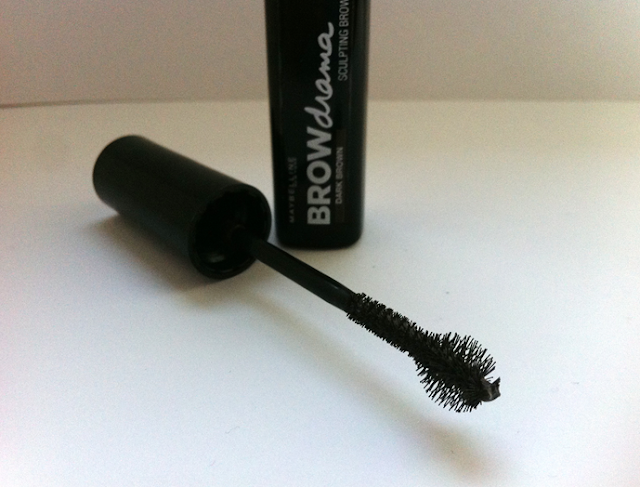 When I first heard about the Maybelline Brow Drama Sculpting Brow Mascara I was so excited as I am a huge eyebrow enthusiast and I had visions of it shaping and filling in my eyebrows in one easy swipe. At £4.99 I would say it's a reasonable price but think it could be cheaper, but that's probably just me crying over trying to save money.

My opinions on this product are a bit mixed and I've been using it to try and work out whether I like it or not but just can't decide. I fill my eyebrows in every single day that I do my makeup and wouldn't dream of leaving them how they are naturally as they are quite light compared to the hair on my head and are also quite sparse. This product is disappointing for me personally in that, when used by itself, a full and thick brow isn't achieved and it kind of took me by surprise at how little colour it adds. However, on the Boots website it is described as a finishing touch for eyebrows which brings me onto my next point; I've been using this gel after having already filled in my eyebrows to smooth out the hairs and make the shape more precise and I find that it holds them in place much better than my MUA clear mascara that I used to use.

It claims to have a 'no clump formula' but I feel like the ball end of the wand can pick up too much product and, if I forget to wipe the excess off, it ends up putting too much in the beginning part of my eyebrows and it goes quite hard and stiff which is just a nightmare. It does leave my eyebrows quite crispy feeling, not in an annoying way but in a way that I can tell I've put something through them which could be a negative for some people.

I bought mine in the shade Dark Brown which is the darkest of the three shades available but I really wouldn't say this is that dark at all and I could seriously do with the colour being a few more shades darker to get the look I like. If you have quite fair eyebrows then this could do the job for you and would give a little definition. Similarly, if you don't like a really overdone eyebrow this product would be great just to add a bit of a tint and to tame them but I would say to avoid this if you want them to be heavy and a standout feature.

To sum up this whirlwind of thoughts this product is good for a finishing product when used carefully so lives up to some of the claims but don't expect it to be an all-in-one wonder product as it is definitely something I could live without.
Posted by Unknown at 2:30 pm