The Vamps, Lawson and The Wanted

This is completely non-beauty related but thought I would do a quick post to tell you about an outdoor music concert in Northampton I went to on Saturday for my friend's birthday. Performing there were The Vamps and Lawson as the support groups and The Wanted as the main act. I had such a good time and me and my friends got pretty close to the front barrier which was amazing and I could see all their faces so clearly. I already liked Lawson beforehand but I do even more so now I've seen how good they are live and I've also developed a love for the main singer Andy after seeing his STUBBLE, his HAIR, his ARMS. At the end of their set they all came up to the barrier and I nearly had a nervous breakdown when Adam (the drummer) came near (have you seen his jawline? I say no more).  The Wanted aren't a band I would say I love usually but I enjoyed their performance so much and thought they were really entertaining to watch and sing along to even if I did have to randomly improvise on some of the lyrics. It was a really good night with not too many people there that you couldn't move but enough people to get a great atmosphere.

This is blurry as heck cause I had to zoom in on the photo but, DEM ARMS! 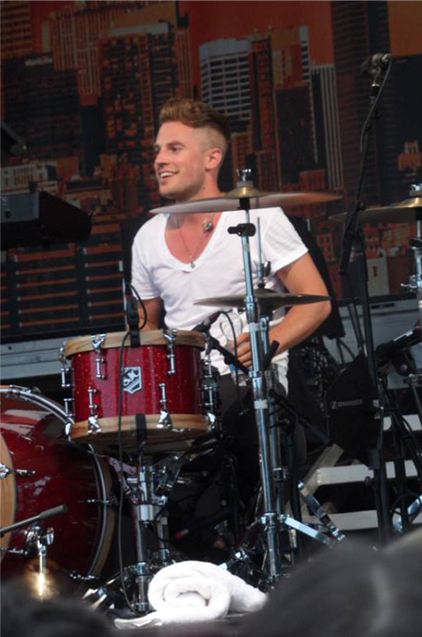 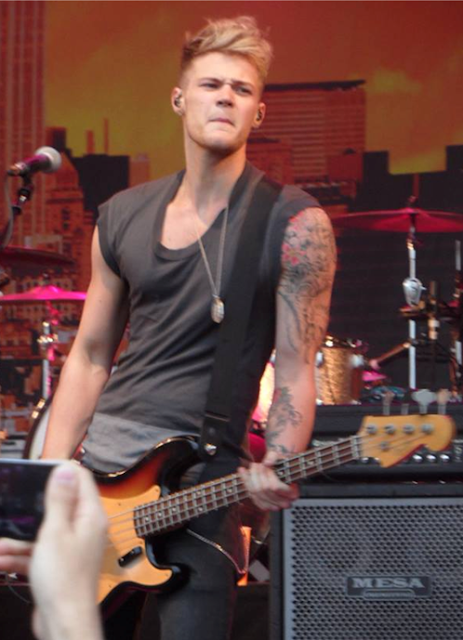 I stole these two off of my friend's Facebook (copyright laws please spare me my blogging life).

The Wanted were too difficult to take pictures of because they kept moving (gosh where do you think you are, a concert or something?!) and the lights were flashing and bright but Siva's structured face is imprinted on my mind forever.
Posted by Unknown at 5:56 pm

Email ThisBlogThis!Share to TwitterShare to FacebookShare to Pinterest
Labels: concert, lawson, music, the vamps, the wanted