One Direction Lipsticks: I Want and Rock Me 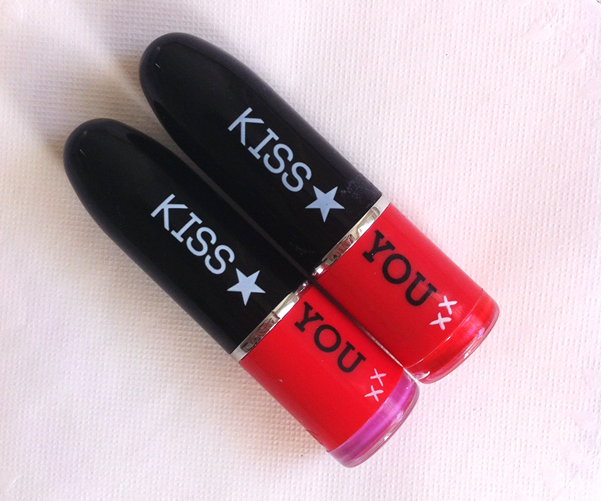 When I heard One Direction were releasing a makeup range I very nearly fell to the floor in sheer delight: makeup and One Direction, my favourite things in life. I make no secret of the fact that I love One Direction's music and faces, so much so I have seen them in concert twice, so how could I NOT buy from their new range with MUA?! I must admit, I did feel a bit like a loser in my work uniform standing at the MUA section in Superdrug, alone, but that didn't stop me from picking up two lipstick shades and heading to the till with pride. The shades I chose were Liam's 'I Want' and Louis' 'Rock Me' and left behind Niall and my two boys Harry and Zayn.

Firstly, I love the detail that has gone into the lipstick design; on the top the 1D logo is imprinted which I think is so cute but this has sadly disappeared after a few uses while, on the rest of the lipstick, there are X's and O's (which I can only assume they mean hugs and kisses and not a game of noughts and crosses hawhaw). I also enjoy the fact each lipstick is signed with the corresponding member's name, it just feels so designer haha. 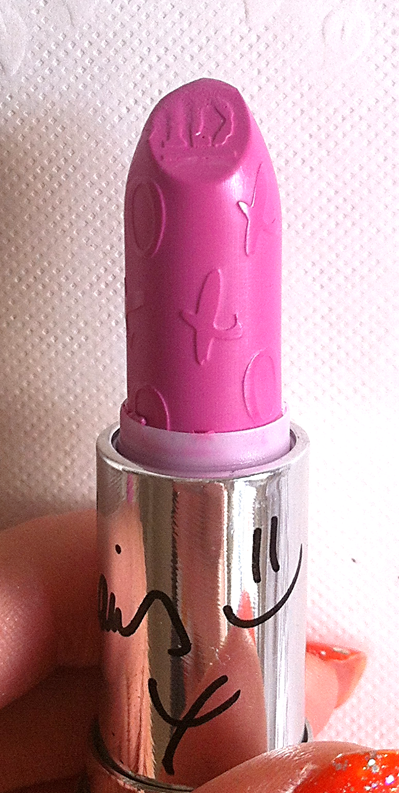 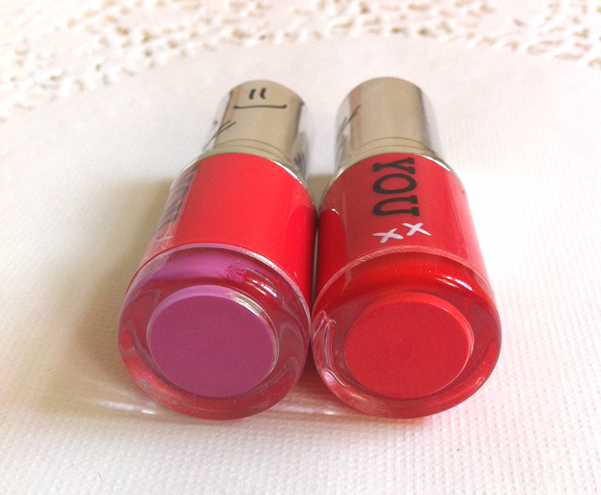 On the left is Rock Me, Louis' shade, a lovely lilacy pink colour that I have been loving as I don't own a lipstick in this colour and was actually on the look out for quite a lilacy colour up until recently. On the lips it feels really creamy and smooth and I find it to be very well pigmented.

On the right is Liam's shade, 'I Want', which is an orangey red shade which, unfortunately, seems to have a golden sheen to it which I don't find flattering on myself. It isn't incredibly obvious but I find it so annoying as I love the colour itself but it's just my damn thin lips that don't look nice in those sort of finishes! It applies in the same way as Rock Me and is extremely pigmented. 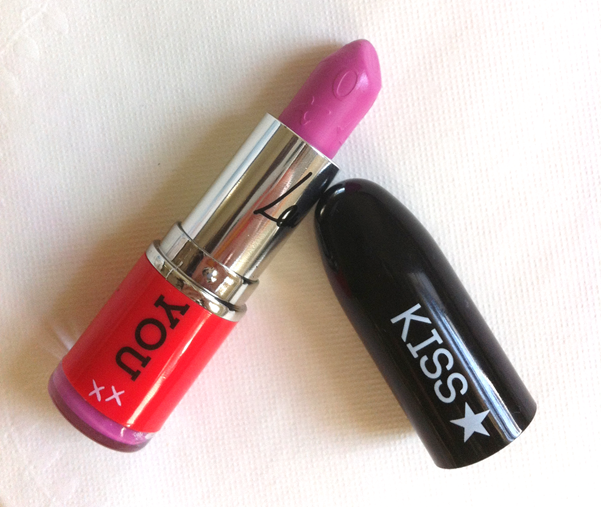 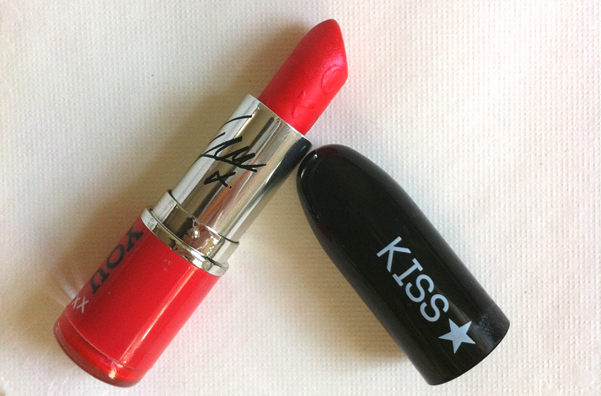 I'm impressed with these lipsticks and am glad I bought them as the colours are a really nice addition to my lipstick collection and they don't seem to dry my lips out which is always a bonus. I love the vibrancy of the colours and think that for £3 you can't go wrong with trying a shade or two (or three, or four, or five)! 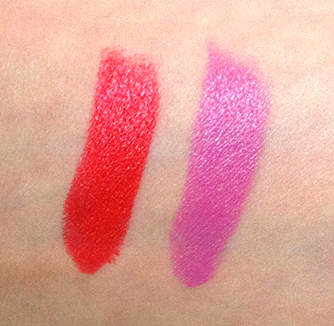 I definitely want to try the coral cheek tint they have available and also try out one of the lipbalms for days where I don't feel like wearing lipstick (those days don't even exist). I'm not too fussed about the nail varnishes as I already own so many but will no doubt end up buying some anyway.
Posted by Unknown at 3:49 pm

Email ThisBlogThis!Share to TwitterShare to FacebookShare to Pinterest
Labels: I Want, lipstick, makeup, MUA, one direction, Rock Me