I have always struggled with blueness under my eyes and have never been satisfied with concealers; I have tried a whole range claiming to be the ultimate dark circle banisher but never got the results I wanted mainly because it's not darkness as such that I suffer from. On a trip to Asda I was side-tracked by the makeup aisle (as always) and kept noticing the Maybelline SuperStay Better Skin Concealer, I recalled seeing a review likening this concealer to that of Mac's Pro Longwear and after sending out a tweet seeing if anyone had tried it I was kindly told by @MyBeautyNotes that it had an orange undertone, therefore counteracting blue, and I was sold. 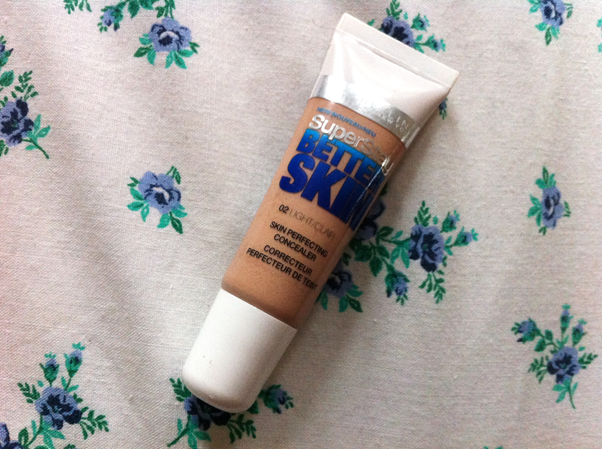 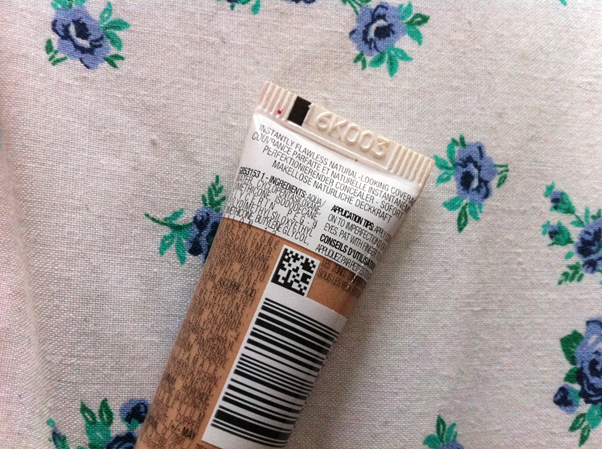 The concealer comes in only two shades, Light Beige and Medium Beige, in which I have Light Beige, while selling at £5.99 for 11ml. This is marketed as a skin perfecting concealer and says it gives 'instantly flawless natural-looking coverage' and is in a plastic, old-school lipgloss tube which makes squeezing the product out a lot easier and more hygienic than a wand. A little goes a long way with this concealer and a few times I have made the mistake of getting too much product out meaning I have to blend, blend, blend it away, however it doesn't go cakey nor does it make my under eyes look clogged or creased. I love a dewy finish to my skin and I would agree that the concealer gives a natural-looking finish to the skin even with its amazing coverage.

I tried the concealer as soon as I got home and I was so impressed with it, it erased pretty much all of my blueness, I was so excited and happy but didn't want to get my hopes up straight away. I've now been using it for nearly 3 weeks and it is my favourite under eye concealer by far, I took it away with me to Lincoln (hands up who wants to murder me the next time I mention Lincoln?) as my only concealer and it banished the crazy, over-tired circles from my eyes. 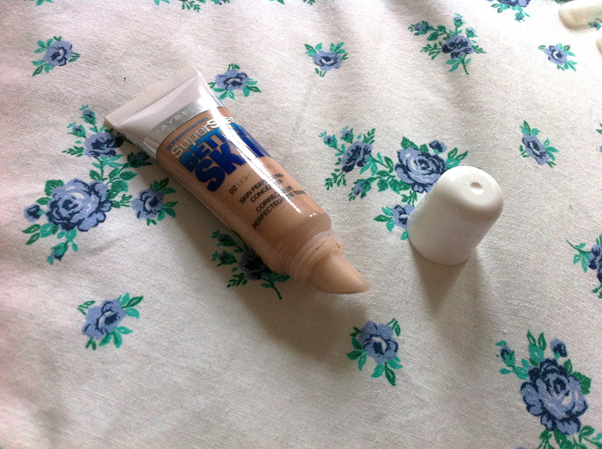 The only issue with this concealer is that due to it's tone it can look a bit odd if you go too over-the-top with it as it does look orange against my foundation, however, I just solve this issue by using my foundation brush with the leftover foundation on it and working it around my eye area to blend the colour nicely. Due to this the concealer wouldn't work for concealing spots as it would be fairly obvious where you had concealed but for me this is no problem as I did not want it to be a multi-tasking concealer. I'd say if you are have really fair skin then the orange tone may be quite difficult to blend but as I have a yellow undertone it isn't as noticeable as I imagine it to be on a pink undertone, but I could be wrong.

I set this with the powder from Soap and Glory's Kick Ass Concealer and I notice only very minimal creasing towards the end of a long day which is amazing as every concealer I've tried, even when set, seems to crease on me like crazy which is highly soul-destroying. In terms of the lack of creasing I really can't say if it's the concealer itself or the powder as I started using it at the same time as the concealer so it's worth keeping in mind. 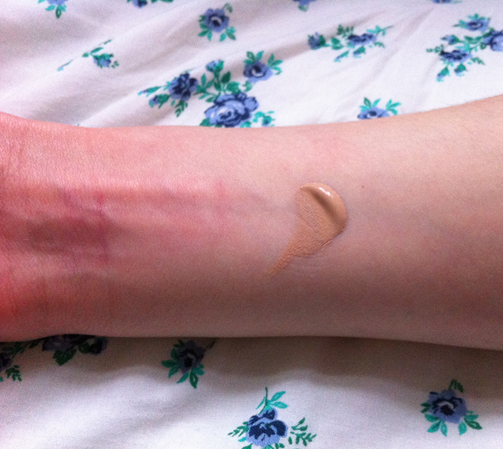 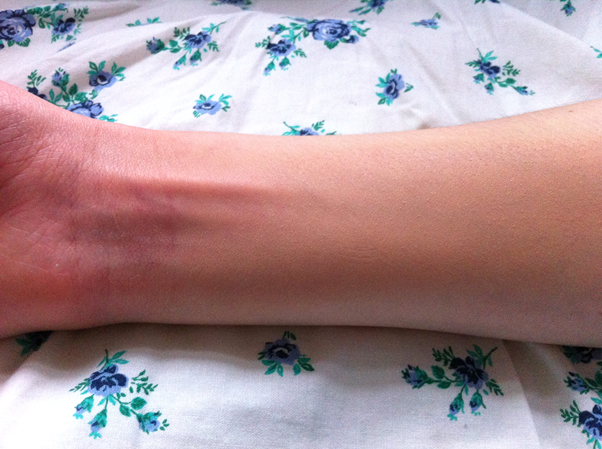 You should be able to see the orangey tone left on my arm, this also shows how far a little amount goes!

Why do seriously good results never translate well in photos? The top picture is in sunlight but it doesn't show how effective the concealer is and the bottom picture is in bathroom lighting (classy) but shows the effect better

I would definitely recommend this concealer and, even if you find it doesn't work for you, it is only £5.99 and is worth the gamble, my mum wants the concealer as well now and so we're going to pick up the darker shade for her.


Have you tried this concealer yet? I am now interested in the matching foundation too so am going to spend some of my night researching it, I am basically a scientist minus the science and the full-blown investigation. And the brains.
Posted by Unknown at 3:53 pm